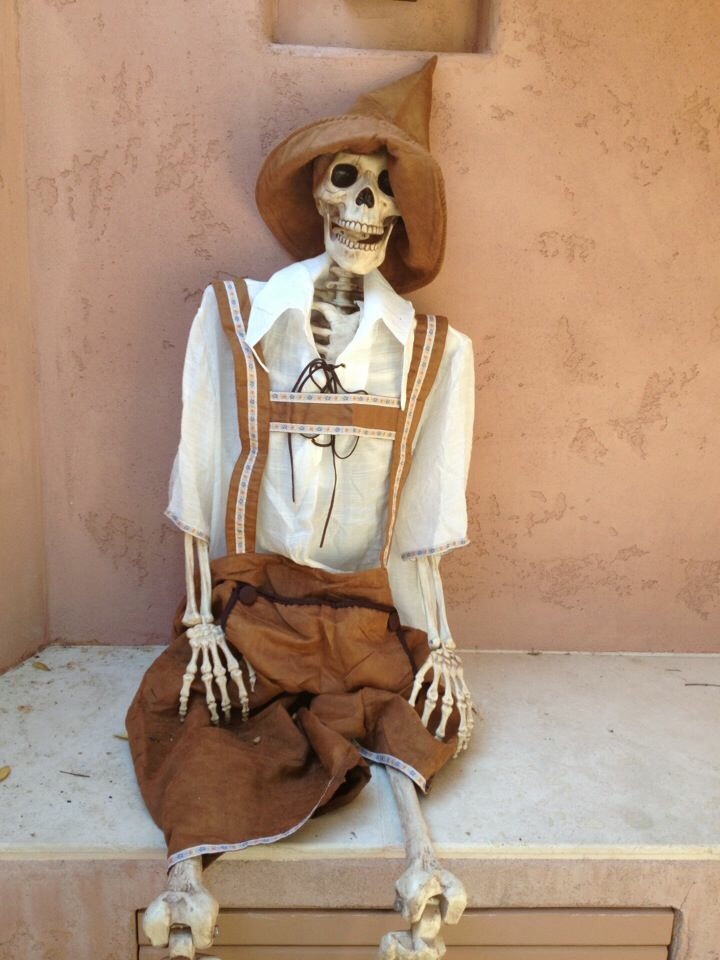 Ooh, ooh, ooh! Let’s play “Why Have There Been No Leonard Posts For Three Weeks”? C’mon, it’ll be fun!

A) The Ex threatened a return to court for not one, but TWO separate issues? With another incoming threat anticipated?

B) I came down with the Killer Stomach Flu and had to spend quality time with a certain porcelain fixture, followed by a generous epilogue of fever and chills?

C) The Canadian threw his back out and is in even more pain than the time he went skiing with a bad back and then broke a couple of ribs?

D) The Drama is a lot of work?

E) All of the above?

Oh well done, you guessed it. Fortunately I live in a country where reasonably priced wine is available at the grocery store, and so I carry on. Plus Steven is back, which makes me happy. He’s hanging out with the fabulous Brooklyn, and of course he offered her his wig, but she politely declined because she doesn’t need hair to be cool. Not that she’s judging Steven’s lifestyle choices.

(If you took a wrong turn at the internet equivalent of Albuquerque, and have no idea where you are or what’s going on, you should read back a few posts and get all caught up. Then you can make an informed decision on whether to back away slowly or not…)

So Steven is back, but not Murray. Murray was the life-size skeleton I bought at Costco several years ago, with The Drama. It was The Drama’s first trip to Costco, and he loved it. He said the only way it could be better, would be if it sold stuffed animals. No…. not the kind you get at Toys R Us. The kind you get from a taxidermist.

Anyway, he turned out to be a good little shopping buddy. Talked me OUT of buying a new blender (even though it was called the NINJA) but talked me INTO buying Murray.

Well, if I’m being honest I’m not sure who talked who into that. But really, does it matter? Because who WOULDN’T buy a life size posable skeleton? For only $35? For no reason at all? Ok, the checkout girl pointed out that Halloween was coming, which I guess was the reason they were SELLING it. But not the reason The Drama and I were BUYING it. Halloween??? Pffffff. A mere afterthought. We took him home, named him Murray*, and immediately put him in lederhosen for Oktoberfest.

After that Murray was standard decor on the porch or in the yard, in seasonal garb for all occasions (Christmas, New Year, International Talk Like a Pirate Day…..), including a memorable Halloween (fine yes HALLOWEEN) as Zaphod Beeblebrox on a bike:

Yes, that is Steven in his rainbow wig, riding behind.

It was all fun and games and fancy dress, until the day The Ex borrowed him for a Sunday School lesson** and “accidentally” decapitated him.

We tried to fix him. Well, the kids and I did. I suspect The Ex was always jealous of Murray. Or maybe he was resentful of the time that he (The Ex) fell off a skateboard trying to show off for The Hair’s buddies and injured his arm, and then we made fun of him with Murray: 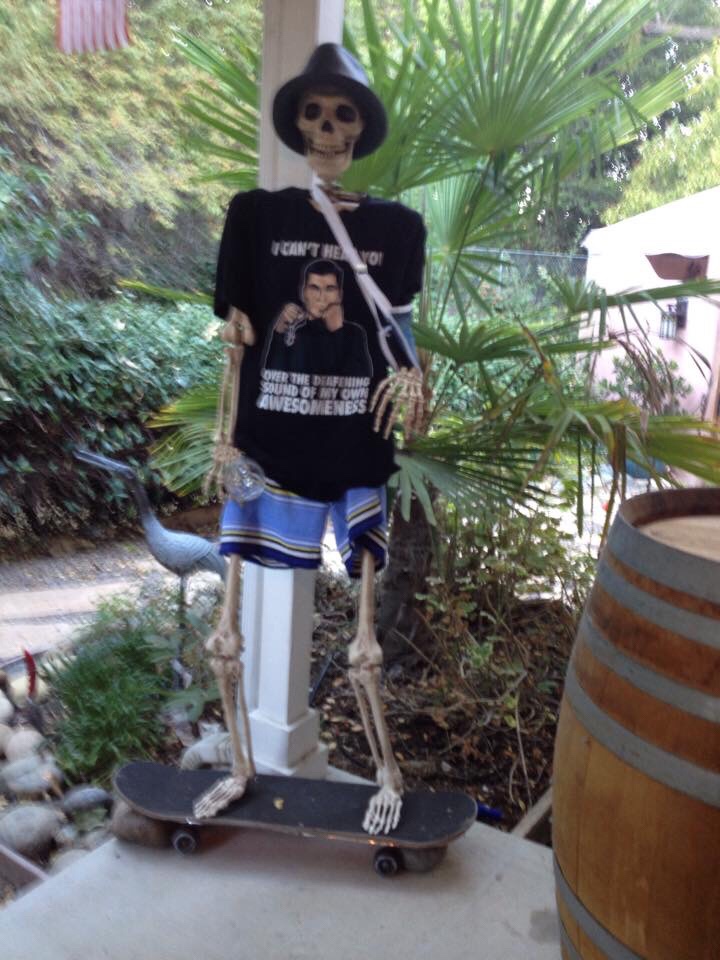 But apparently even duct tape has its limits. So we had to resign ourselves to Murray being a mere skull, which we at least had to admit was apt, given his namesake. The Hair and The Voice had a sign by the entrance to their shared room/man-cave which read “Danger: Pirates and Ninjas and Lasers and Shit”, so we attached Murray’s head to that, and he is apparently still there and they want to keep him. I can’t blame them. They have promised me that when they no longer have a room at their dad’s they will bring me Murray, so he can be reunited with me and Steven. Or at least his skull can. No one knows what happened to the rest of his body, except possibly The Ex, who probably did something unspeakable with it.

Which is a pity, because I think living with The Canadian has made me more creative***, and I think a headless skeleton could really fit in around here……..

***yes, I was clearly such a dull and unimaginative little thing before.

One thought on “Because We Miss Steven and Murray, Part 2.”